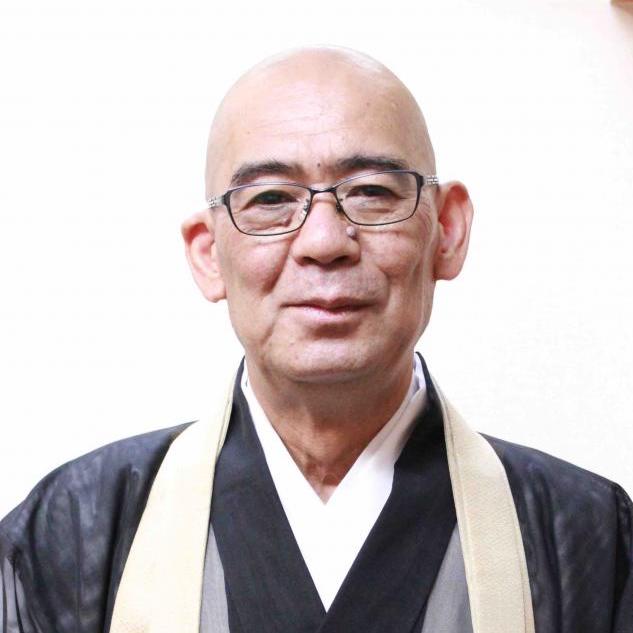 From Sano City, Tochigi Prefecture, Born to the family of Ganjoji Temple, the family temple of Sano Genzaemon, known for the anecdote about “Hachinoiki” (a tree in a bowl). He never thought that he would succeed the temple, but when he was making rounds to parishioners when he was a high school student, an old lady said something that would change his life and succeed the temple.

After University, when he had come back from training at Kenchoji, In an effort to boost a decaying area with declining population, Hiromichi organized a Sunday morning market with shop-owners in town, and this developed into a popular event. He went on to serve as a temporary instructor at an elementary and junior high school in Sano City and as a member of the city’s Board of Education.

As the chief priest of Gansaiji Temple, he helped to revitalize the area by organizing the Kuzuu Genjin Festival, one of the three major festivals in Sano, which was named after an old human skeleton unearthed in the area, and establishing the Kuzunosato Ichibankan.

He started to realize then that “it won’t work unless everyone is excited.On December 12th, 2019, Hiromichi was appointed as the head of Kenchoji’s religious affairs office and is focusing his full attention on his new major role. As he prepares for the renovation of the main hall and the Buddha hall, and the preparations for the 750th anniversary of the death of Daigaku Zenji, coming up in 2028, with the view of developing the activities for the next 30 to 50 years, he aims to create an organization in Kenchoji that will be able to do the same kind of ‘human development’, where everyone grows and move forward in the unity of mind.