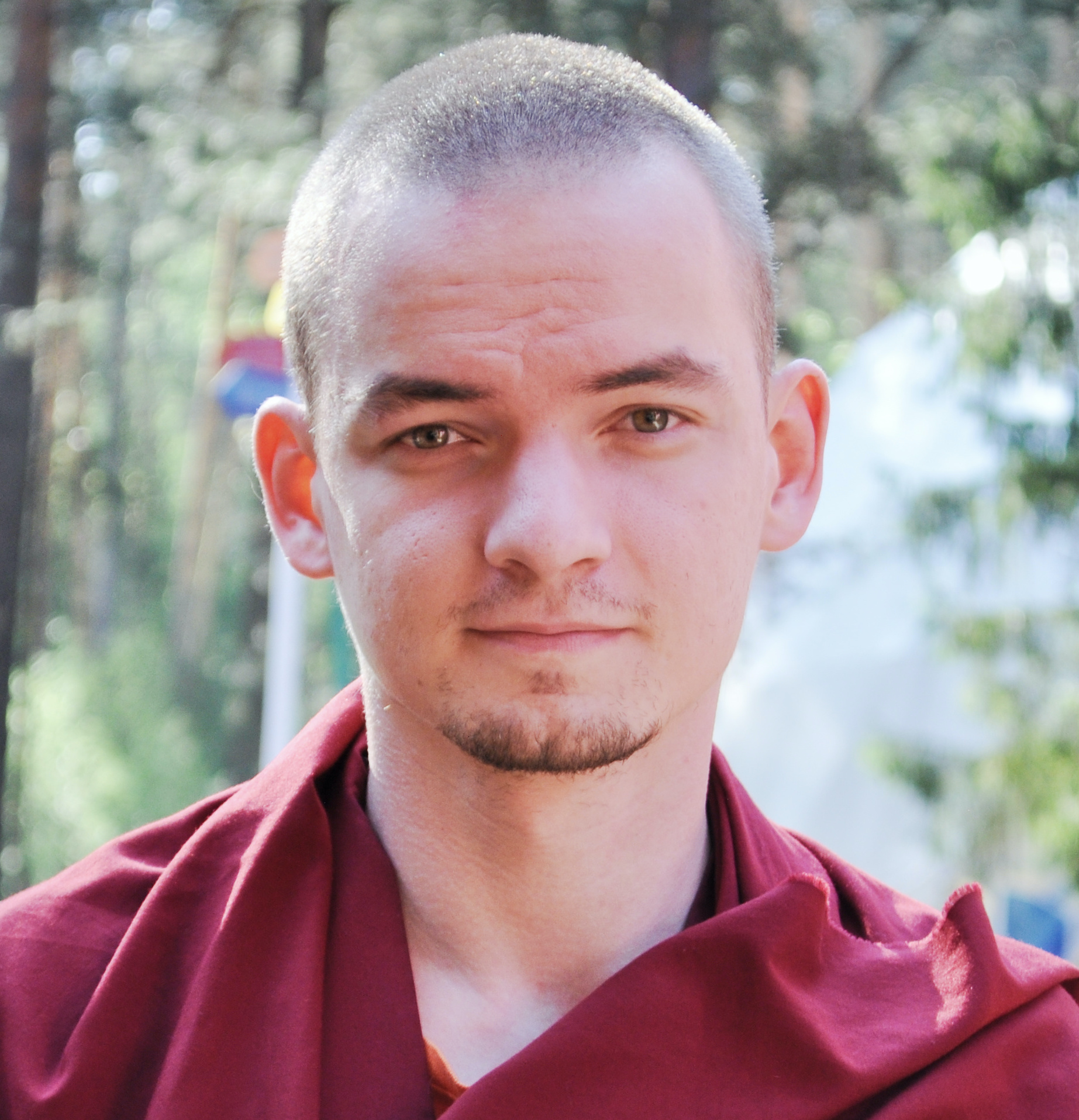 Lobsang Tenpa is a Tibetan Buddhist monastic, meditation instructor and translator. Born in Siberia, he got his BA and MA in South Asian Studies at the diplomatic college in Moscow and went on to become an ordained monk and a translator in the Tibetan contemplative tradition. Further developing his skills while studying in Nepal, the UK and the US, he has taught and led short and long-term retreats in Europe, Asia and North America. He has also served as an interpreter for such teachers as His Holiness the Dalai Lama, Lama Zopa Rinpoche, Chokyi Nyima Rinpoche, Mingyur Rinpoche, Venerable Thubten Chodron, Dr. Alan Wallace, and many others.