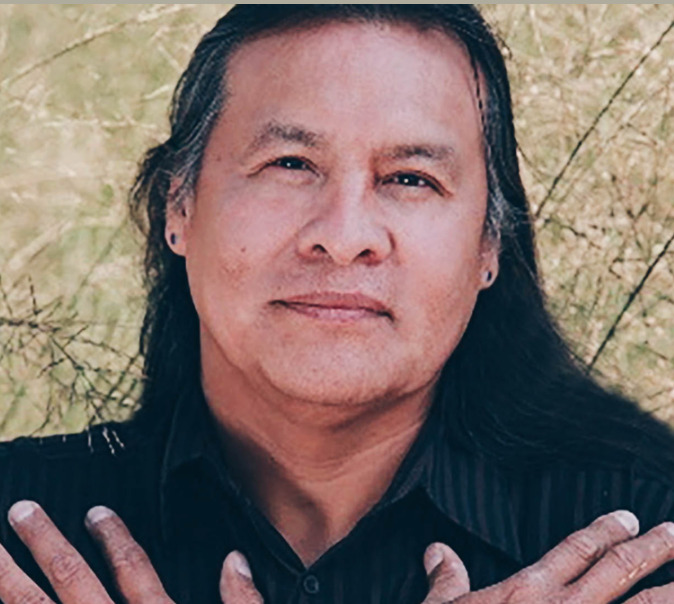 Tiokasin Ghosthorse is a New York treasure. Tiokasin is an international speaker on Peace, Indigenous and Mother Earth perspective and a master musician and a teacher of magical, ancient and modern sounds. His voice, as a member of the Cheyenne River Lakota Nation, is a reminder to all who hear him that there is no “I”, only “We”, and that when we live in that reality with that language, peace is no longer at a distance.

Tiokasin is a member of the Cheyenne River Lakota Nation of South Dakota and has a long history with Indigenous activism and advocacy. He is the host and producer of “First Voices Radio” for the last 27 years. Selected for a number of awards and nominations, he received a nomination for the Nobel Peace Prize from the International Institute of Peace Studies and Global Philosophy, and awarded New York City’s Peacemaker of the Year in 2013.

A master musician and a teacher of magical, ancient and modern sounds, Tiokasin performs worldwide and has been featured at the Cathedral of Saint John the Divine, Lincoln Center, Madison Square Garden, the Metropolitan Museum of Art, The Apollo Theatre, and the United Nations, as well as many universities and concert venues. He serves on boards of several charitable organizations dedicated to bringing non-western education to Native and non-Native children. Tiokasin is “a perfectly flawed human being” and a Sundancer in the cosmology of the Lakota Nation.