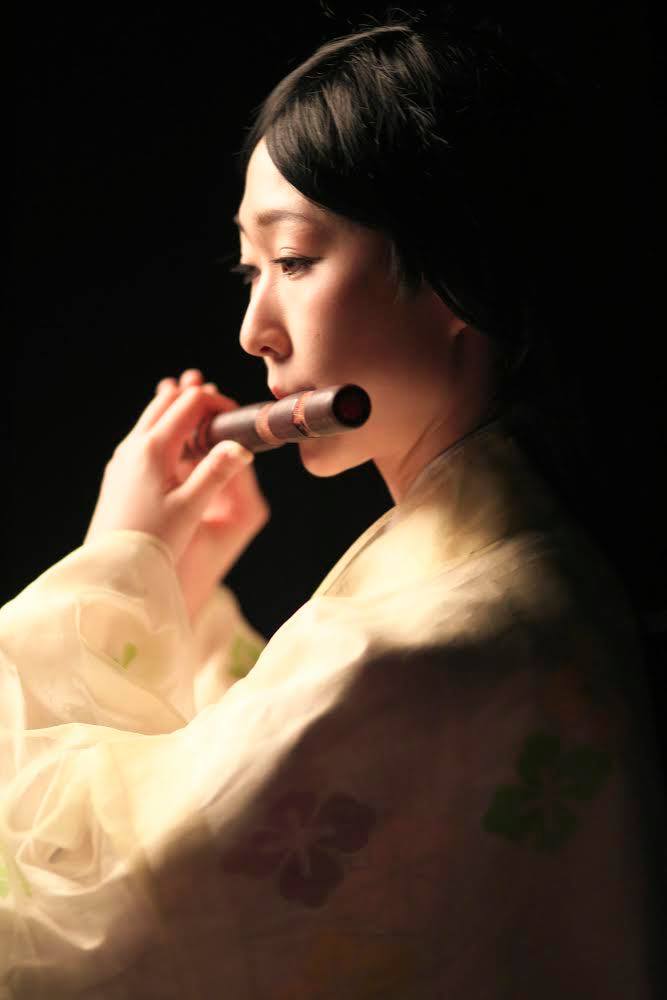 Manami Sato is a gagaku transverse flute (Ryuteki, koma-bue, kagura-bue) and gaku-biwa player. She is graduated from Musashino Art University. She was scouted at a Shinto shrine and began playing Gagaku. She studied the transverse flute under Takeshi Sasamoto and the late Sukeyasu Shiba, the raku-biwa under Fumihiko Yamada, and ancient songs under Hideaki Bunno. In addition to performing in Japan, she has collaborated with overseas artists and performed in Europe, Australia, and other countries. She is the co-chairperson of “Kabuchoka Fuyugekkyo Gagakudan.” She is also the art director of “Chu- Chu Design House.” （photo by Ijt）