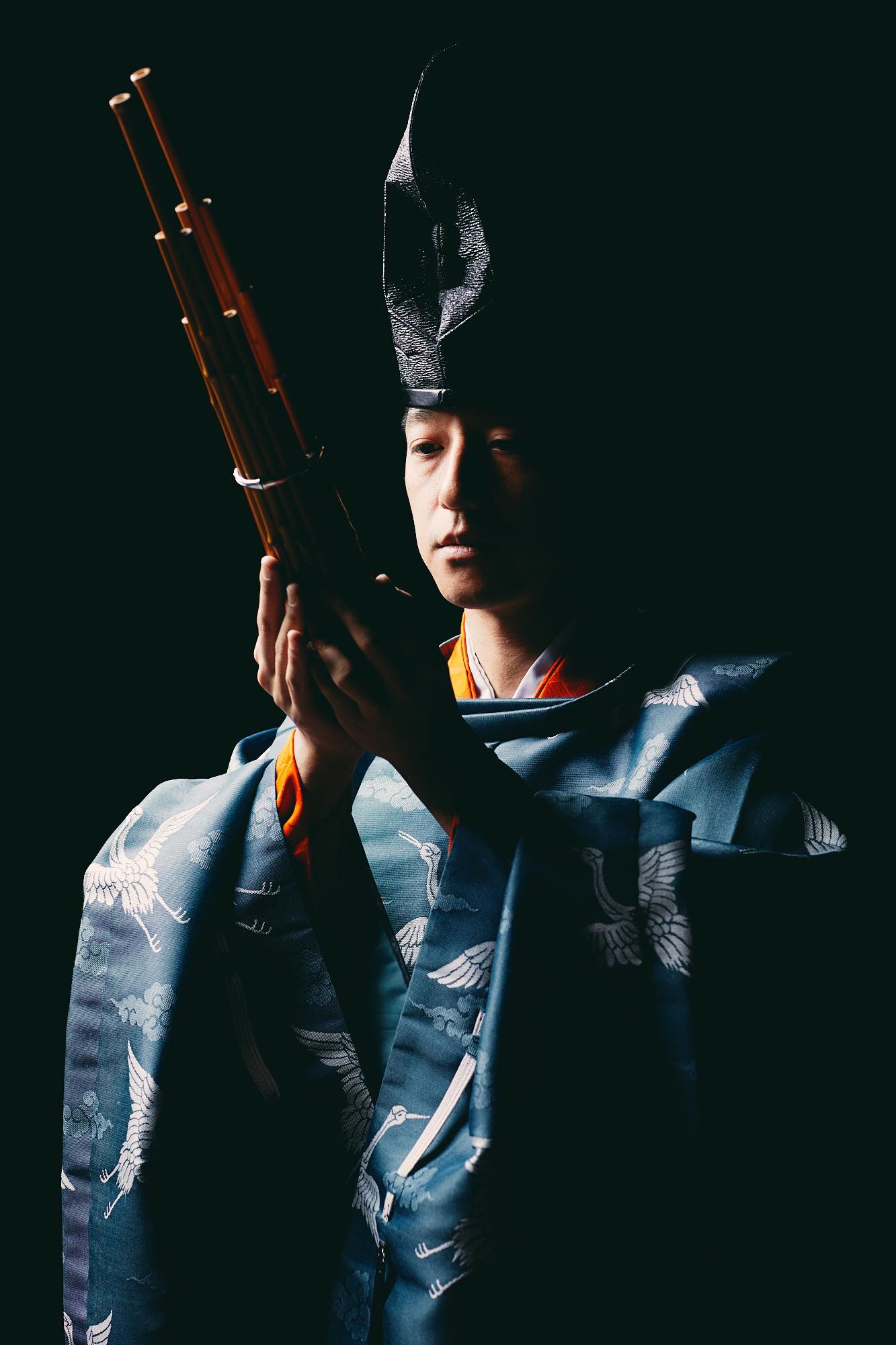 Shō, gagaku player. He first encountered gagaku when studying computer music at university, and later picked up the shō. While performing classical gagaku, he has explored and presented various ways of playing the shō and gagaku. He has participated in many music projects both in Japan and abroad, including world tours with Tim Hecker + The Konoyo Ensemble, sessions with Shuta Hasunuma Philharmonic Orchestra, Hideki Togi, yama, noise jazz rock bands and DJs. He has also involved in NHK’s night TV drama series “Iine! Hikaru Genji-kun” and “Kirei no Kuni,” and other music projects for space and video. He is the co-chairperson of “Kabuchoka Fuyugekkyo Gagakudan,” which plays with miyabi. He is also the director of “Kyutoryu gagaku.”（photo by Ijt）