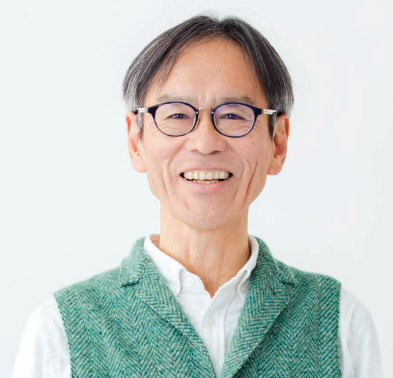 Professor at Tokyo Institute of Technology, Graduate School of Liberal Arts. He also a workshop planner/producer. Born in Tokyo in 1957, he graduated from the University of Tokyo with a bachelor degree in religious studies in 1982 and joined Hakuhodo Inc. as a sales representative in the Osaka office. 1989 he took a leave of absence to study abroad and in 1991 to complete a master’s degree in organisational development and change at the California Institute of Integral Studies (CIIS).  Since then, while working for Hakuhodo, he has been holding workshops on reconnecting people, to each other, to nature, to oneself, and to society, as well as offering facilitation courses, to apply participatory placemaking techniques in a variety of fields. After retiring early from Hakuhodo in 2012, he became a professor at Doshisha University and has been teaching participatory liberal arts education at Tokyo Tech since the fall of 2015. He is also a member of the board of directors of the Japan Forum for Environmental Education and a fellow of the NPO Japan Facilitation Association. He is the author of “How to Create a Place for Learning,” “Workshop,” and “Facilitation Revolution” (both published by Iwanami Shoten), “Fun Training for Everyone” (published by Shunjyusha), and co-author of “Facilitation for Nursing” (published by Igaku Shoin). (Iwanami Shoten), “Fun Training for Everyone” (Shunjusha), and “Facilitation for Nursing” (Igaku Shoin), “What to Learn at University” (Iwanami Junior Shinsho), and many others.